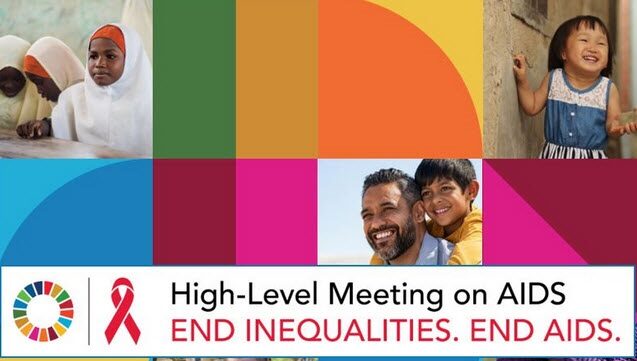 World leaders convened for the ‎2021 High-Level Meeting (HLM) of the UN General Assembly on HIV/AIDS, which took place between 8th and 10th June 2021 adopted the Political Declaration on HIV and AIDS: Ending Inequalities and Getting on Track to End AIDS by 2030. The new Political Declaration is designed to guide the future direction of the HIV response.

In preparation for the UN-HLM on HIV/AIDS, the AU Commission convened four (4) regional meetings at the expert level to deliberate on the Draft Political Declaration on ‎HIV/AIDS in March, as follows: Northern Africa ‎(29th); Southern and Eastern Africa ‎‎(30th); and Central and Western Africa ‎(31st). The experts contributed to developing a Draft Common Africa Position which was further deliberated upon in May by experts (17th) and Ministers (24th) from the AU Member States. The Draft Common Africa Position endorsed at the Ministerial level assisted in the negotiations during the ‎UN-HLM on HIV/AIDS to reflect Africa’s voice on the 2021 Political Declaration on HIV And AIDS.

The adopted Political Declaration on ‎HIV/AIDS  includes new targets to ensure that 95% of people at risk of HIV use combination HIV prevention services, a greater emphasis on the community-led provision of services—including a target to ensure that communities provide 80% of prevention services for key populations—and a commitment to end inequalities to accelerate the end of HIV as a public health threat by 2030 in line with the  Africa Health Strategy and the Catalytic Framework to End AIDS, TB and Eliminate Malaria in Africa by 2030.