The African Union Pledges to End Neglected Tropical Diseases By 2030 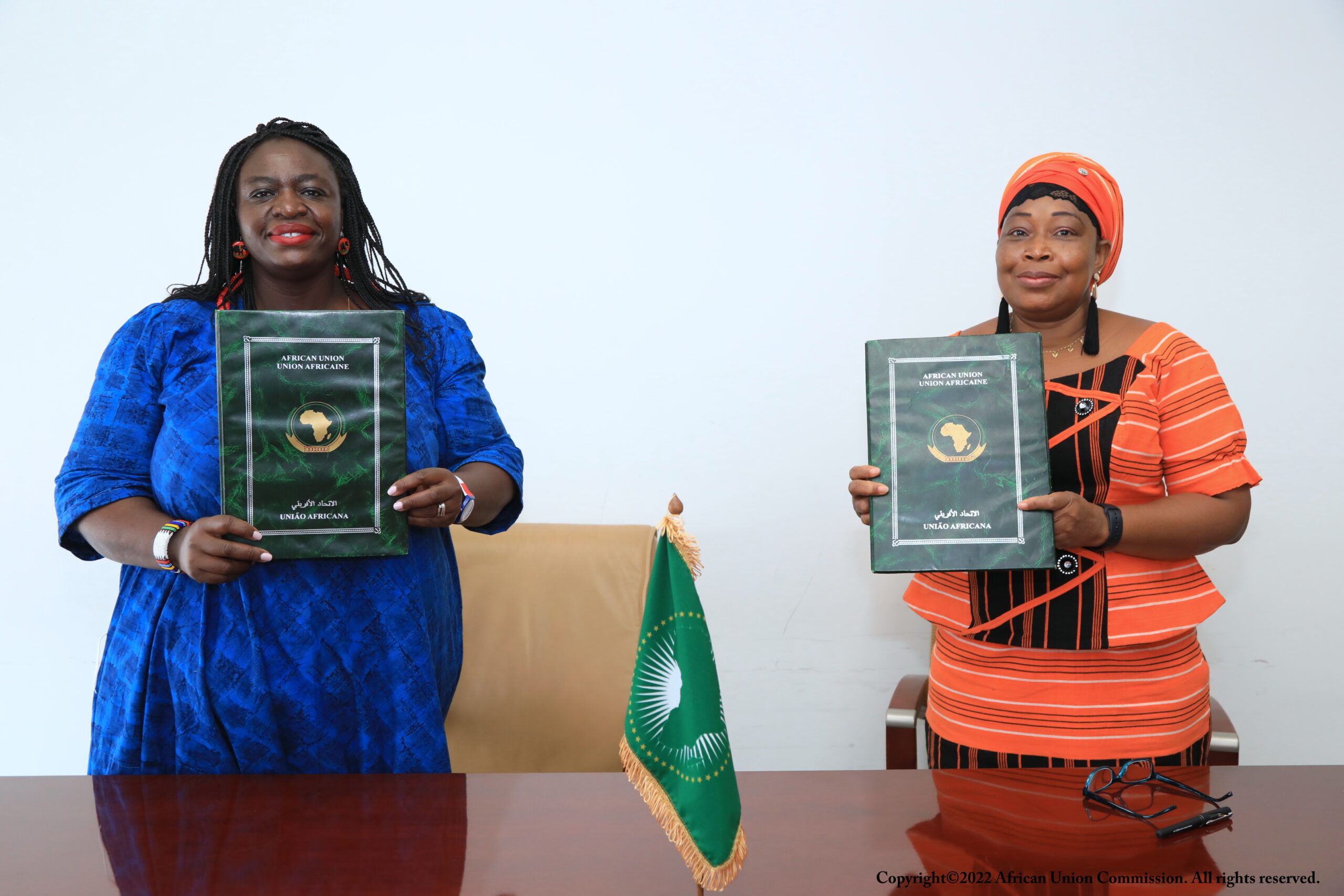 March 29, 2021 – Today, the African Union (AU) and Uniting to Combat NTDs signed a Memorandum of Understanding (MOU) to end neglected tropical diseases (NTDs) across the AU Member States by 2030. The agreement highlights the African Union’s commitment to strengthen collaboration and cooperation among stakeholders to control and eliminate twenty NTDs, achieving the vision outlined by the “Agenda 2063 ‘The Africa We Want’” framework. This MoU shows bold leadership and the highest level of commitment to NTDs by the African Union, prioritising them in line with other infectious diseases.

NTDs are a group of twenty diseases, including trachoma, intestinal worms, leprosy, and elephantiasis. These diseases are preventable and treatable, yet they still affect 1.7 billion people around the world, with the African continent accounting for about 40% of the total global burden. Despite the relatively low mortality resulting from NTDs (around 500,000 deaths globally per year), these diseases and conditions are associated with severe complications, including blindness, disfigurement, social stigmatisation, mental health problems, chronic pain, cognitive impairment, and other long term irreversible damage causing impediments to education, employment, economic growth, and overall development.

However, the job is not yet done. More work is needed to sustain these gains and bring more AU Member States across the finish line. Significant challenges remain in the journey to eliminate NTDs, such as poor integration of and coordination between the various programs working within the NTDs arena and insufficient and unstable funding, as well as climate change, conflict, and emerging threats like COVID-19.

“The African Union Commission is committed to the attainment of Aspiration one, Goal three of Agenda 2063; of well-nourished and health citizens. We are committed to work in collaboration with partners in order to progress the elimination of NTDs on the African Continent. We are delighted to be signing this MOU with Uniting to Combat NTDs which will advance advocacy on NTDs. As we have seen, the past two years have been dominated by COVID-19 and other diseases have suffered as a result. It’s good that we are coming together at this time to make progress on these diseases that have not had the attention they deserve,” reiterated H.E. Minata Samate Cessouma, Commissioner for Health, Humanitarian ‎Affairs ‎and Social Development, AU Commission.

“We have seen how the delivery of essential health services has been impacted by COVID-19, this MOU couldn’t have come at a more perfect time. The new MOU will advance the implementation of the Continental Framework on NTDs and the Common Africa Position, with a strong focus on increased country leadership and ownership of national NTD programmes, matched by increased allocation of domestic resources,” emphasised Thoko Elphick-Pooley, Executive Director, Uniting to Combat NTDs said. The Common Africa Position on NTDs will be adopted by the African Union Specialised Technical Committee on Health, Population and Drug Control at the end of May, paving the way for it to be endorsed by Heads of State at the African Union Summit in 2023.

The announcement of the MOU also comes in advance of The Kigali Summit on Malaria and NTDs, to be held alongside the 26th Commonwealth Heads of Government (CHOGM) meeting in Rwanda this June. At the Summit, Heads of State, will launch the Kigali Declaration on NTDs – a high-level, political declaration which aims to mobilise political will and secure commitments to achieve the Sustainable Development Goal 3 (SDG3) target on NTDs and to deliver the targets set out in the World Health Organization’s Neglected Tropical Disease Roadmap (2021-2030).

About Uniting to Combat NTDs

Neglected tropical diseases (NTDs) are a group of infectious diseases that affect over 1.7 billion people around the world. They debilitate, disfigure and can kill. Uniting to Combat NTDs is a global health partnership of invested, interested and dedicated partners, including governments, donors, pharmaceutical companies, non-governmental organisations, academia and more. The partnership is committed to the fight to end the epidemic of NTDs.

The African Union (AU) is a continental body consisting of the 55 member states that make up the AU Member States of the African Continent. The AU is guided by its vision of “An Integrated, Prosperous and Peaceful Africa, driven by its own citizens and representing a dynamic force in the global arena.”

Can the ShangRing bring us closer to endorsing early infant male circumcision in sub-Saharan Africa?