The Shang Ring Tool: Providing Significant Reductions In The Risk Of HIV Transmission 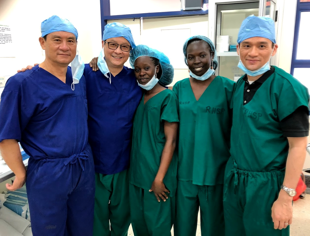 Voluntary male medical circumcision (VMMC) has huge health implications, specifically its ability to significantly reduce the incidence and transmission of the Human Immunodeficiency Virus (HIV) and other sexually transmitted infections. HIV infects almost 6,000 people every day, 66% of whom are in Africa (World Health Organization). For this reason, preventative medicine—specifically VMMC—should be considered the best approach in the fight against HIV. Thanks to the WHO-prequalified ShangRing, VMMC has never been as efficient, safe, quick, or cost effective.

Developed in 2003 by Mr. Jianzhong Shang of SNNDA Medical Treatment Appliance Technology Company in Wuhu, Anhui Province, China, the ShangRing has been safely used for over 1.6 million men worldwide since 2006. The ShangRing is an in situ, disposable plastic device used for VMMC. Consisting of a silicone padded inner ring and a plastic outer ring, the ShangRing comes in several different sizes to meet the needs of infants to adult men.  Under local anesthesia, the surgical technique involves the compression of the foreskin between the rings, resulting in a suture-less procedure lasting a mere 5 minutes in the hands of experienced providers. The ShangRing can either be removed seven days later or allowed to fall off spontaneously. It does not significantly impede daily activities or create significant pain. ShangRing has been found to be safe and effective in over 99% of patients, with no serious complications. Satisfaction rates among patients exceeded 97% with regards to cosmesis, and over 95% of them would recommend it to others. Thus,

Dr. Philip Li of Weill Cornell Medicine in New York City has been working with ShangRing since 2007. A trip to Shanghai Renji Hospital introduced Dr. Li to Mr. Jianzhough Shang and the revolutionary device. Partnering with his colleagues, Drs. Marc Goldstein and Richard Lee, Dr. Li and his team set to work with a group of urologists in China, New York and Africa to demonstrate that the ShangRing could be safely and effectively used on a large scale in Africa. Several studies in Kenya, Uganda, Malawi, Zambia, and Tanzania have demonstrated just that: safe, effective, efficient and quick male circumcision with excellent cosmetic outcomes and no serious complications.

The Bill & Melinda Gates Foundation and NIH have supported these studies, channeling more than $14 million toward ShangRing-related projects. Bill Gates wrote in his 2012 Annual Letter, “funding for circumcision is finally being prioritized, since the cost is quite low and the protection is lifelong.

With the advent of the “no-flip” ShangRing technique, use of the device has become faster, with lower complication rates and higher patient satisfaction.  Its simplicity and effectiveness will not only allow more men, boys and infants to be cared for by both physician and non-physician healthcare providers alike but will also help prevent the spread of HIV and other sexually transmitted diseases. The ShangRing will be a  game-changer in the scale-up of male circumcision globally. If male circumcision is regarded as the “surgical vaccine” against HIV transmission and prevalence, then the ShangRing is the needle.

Making A Difference In HIV Response In Cameroon